If you have a family full of Star Wars fans, you might have already heard about the exciting addition to California Disneyland Resort and the Orlando Walt Disney World Resort. Disney Parks’ brand new attraction, Star Wars: Galaxy’s Edge, is slated to make its first grand opening in California Disneyland on the last day of this month, and it’s no surprise that entry reservations required for the period of 31 May to 23 June have already been snapped up.

While it might be near impossible to gain entry into the new Star Wars land in the next two months without a reservation, the new attraction will be open to the public proper after 23 June. As such, to help you with your holiday planning and better prepare you for your visit, here are 10 things you should know about the all-new Star Wars: Galaxy’s Edge at California Disneyland.

#1 Star Wars: Rise of the Resistance 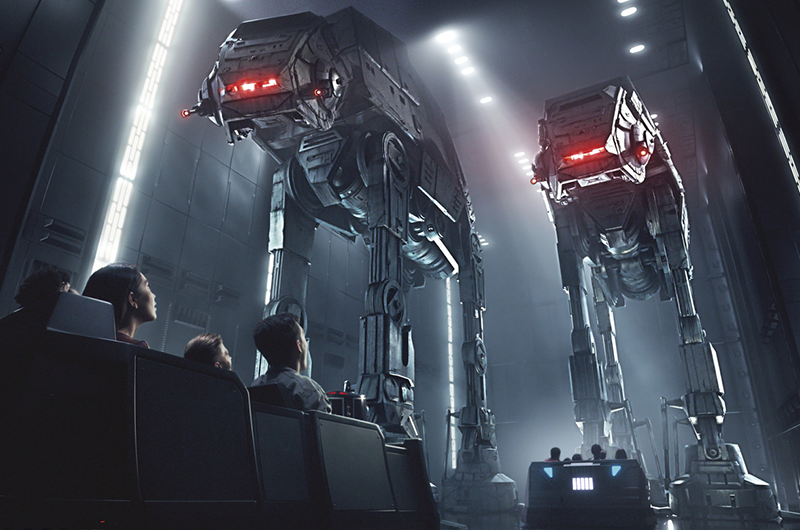 Known as the largest and most highly-anticipated Star Wars land ride, Star Wars: Rise of the Resistance is a trackless ride that takes place during an epic battle between the First Order and the Resistance. A little similar to the Transformers ride we have here at Universal Studios Singapore, you will not only feel like you are hurtling through a massive Star Destroyer, but also feel like you’re a part of the franchise as you come face-to-face with massive two-storey tall AT-AT figures!

Unfortunately, the ride will only be opened in late Fall 2019, but rumour has it that it is going to be the first-ever 28-minute long experience where guests will journey aboard different vehicles and segments. 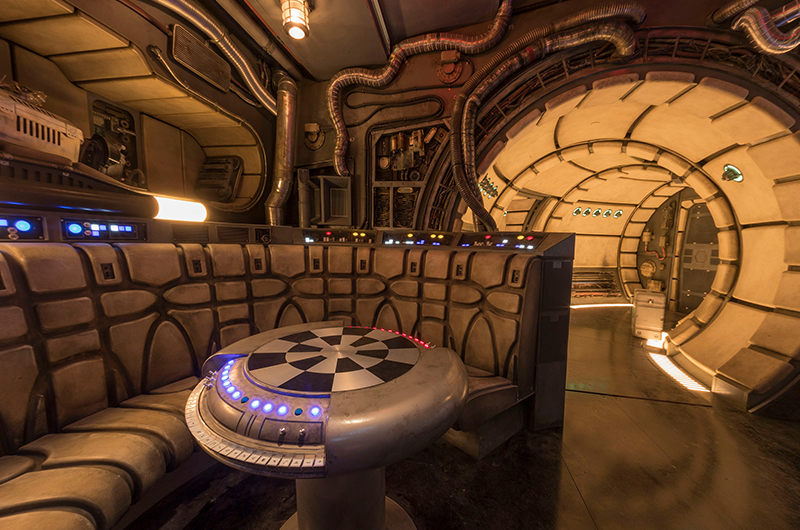 If you’ve ever wanted to be in the pilot’s seat of the Millennium Falcon, this is your chance. Aspiring pilots can test their skills in this interactive Millennium Falcon ride as they channel their inner Han Solo through the mission, shooting blasters and jumping into hyperspace. The fun bit about this ride is that your performance flying the ship will actually change the way characters within Star Wars: Galaxy’s Edge will interact with you. So if you crash the Millennium Falcon, you’re bound to be called out by a smuggler on the street!

One of the cooler aspects of the new Star Wars land is its all-around immersive and interactive experience. Not only will you and your child be experiencing the park as a visitor, you’ll also be invited to participate in your own narrative adventure with the cast members. As the park is fairly huge, no detail is revealed in one view. Guests are encouraged to explore their surroundings and interact with the different Star Wars characters—especially if they are huge fans of the franchise. 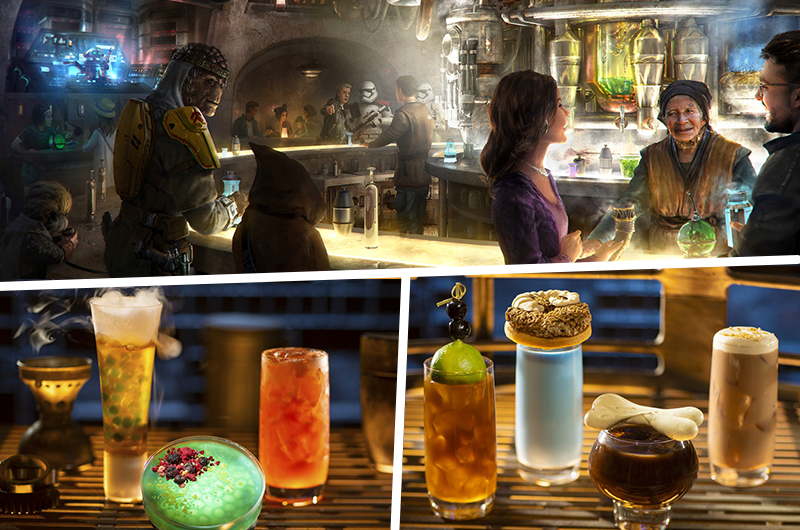 Similar to the Mos Eisley Cantina from Star Wars Episode IV: A New Hope, Oga’s Cantina offers guests unique galactic-inspired non-alcoholic and alcoholic drink concoctions. This is also the only alcohol-serving bar in the whole of Disneyland for mummies and daddies to enjoy a bit of kick with their overall experience. The Cantina also offers an immersive experience where you can buy and barter for your food and drink like you’re truly at a space trading post. While we may not be sure how that works, it would sure be fun for you and your kids to give that a go when you’re at Oga’s Cantina! 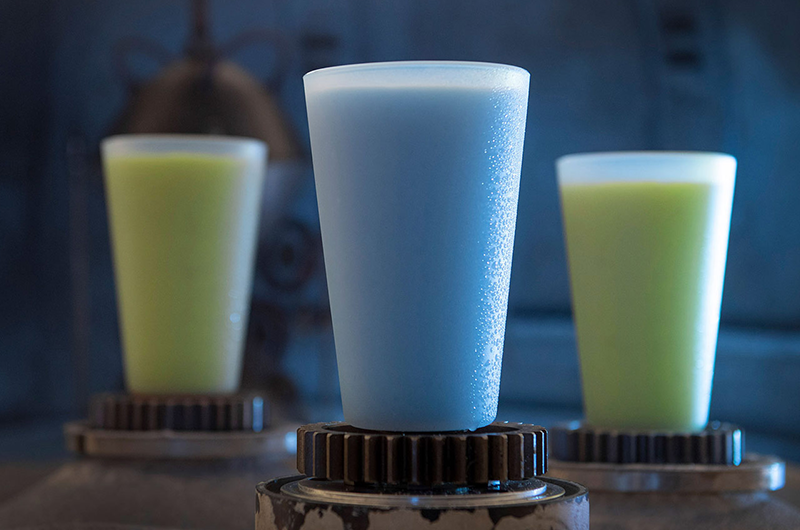 This is probably the only time where you’ll get to savour that blue milk Luke Skywalker had in the films. Step right up to the Milk Stand to get your fresh blue or green milk courtesy of Bubo Wamba Family Farms. As opposed to it being made from real milk, the iconic drink is made from a frozen plant-based blend of coconut and rice milks. If that’s not to your liking, the stand also offers other beverages from its Novelty Drink Vessel. 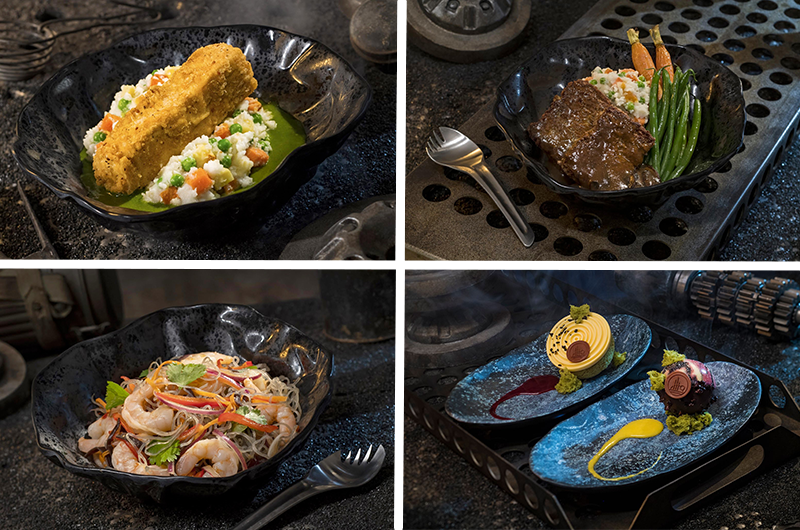 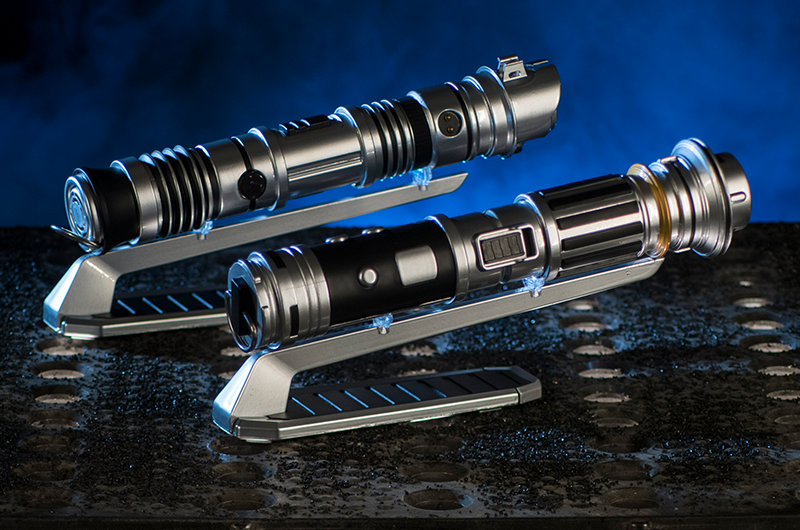 No trip to a Star Wars-themed land is complete without your very own lightsaber to take home. At Savi’s Workshop, you’ll get to customise and build your own lightsaber while learning the ways of the Jedi. Upon entry, you will choose one of the four disciplines (Power and Justice, Power and Control, Elemental and Nature, or Protection and Discipline) as well as your very own kyber crystal. Once the choices have been made, the workshop Master will hand you a set of 10 lightsaber pieces for you to combine to create your custom lightsaber.

As this is more than just a souvenir shop, you will need to find the entrance to the shop by following the clues around the land through your Play Disney Parks mobile app. It will also be a fully intimate and immersive experience, which will be shared amongst 14 like-minded Jedi-in-training at a time. 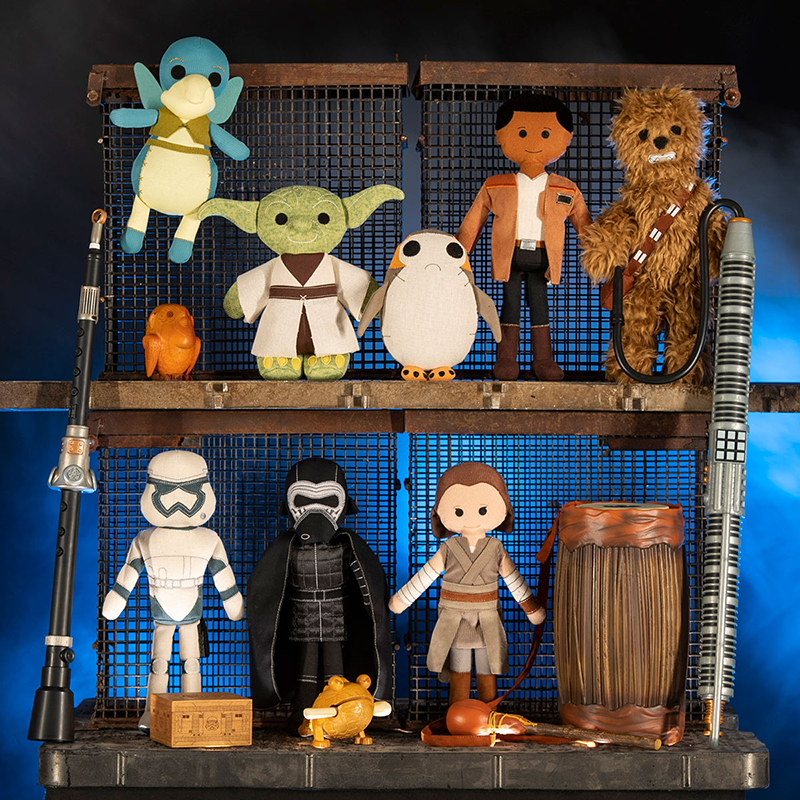 Run by local Batuu Toydarian, Zabaka, your little one will delight in the assortment of artisan-style plush characters, wood and tin toys, as well as musical instruments that feature Star Wars favourites like Chewbacca, Yoda, and the Porg. Unlike the previously released plushies for the films, these will appear handmade and unique to Star Wars: Galaxy’s Edge. 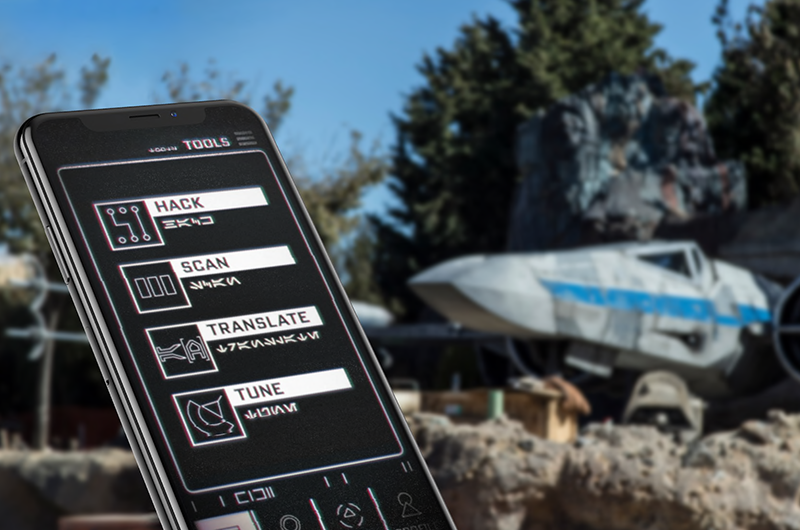 Before you head to Star Wars: Galaxy’s Edge, you’ll want to download the Play Disney Parks app, which will help amplify your experience at the Park. The interactions you make through the app and the land will help decide if you support the Resistance, First Order, or if you and your family are just independent smugglers.

Upon entry into the Black Spire Outpost, your app will transform into a galactic data pad that will allow you to translate written and spoken galactic languages, scan objects around Galaxy’s Edge to discover precious cargo and digital goods, tune in to communications sent by the planet’s residents to learn and discover more about Batuu, hack into control panels and droids, and accept jobs from a job board in the app. 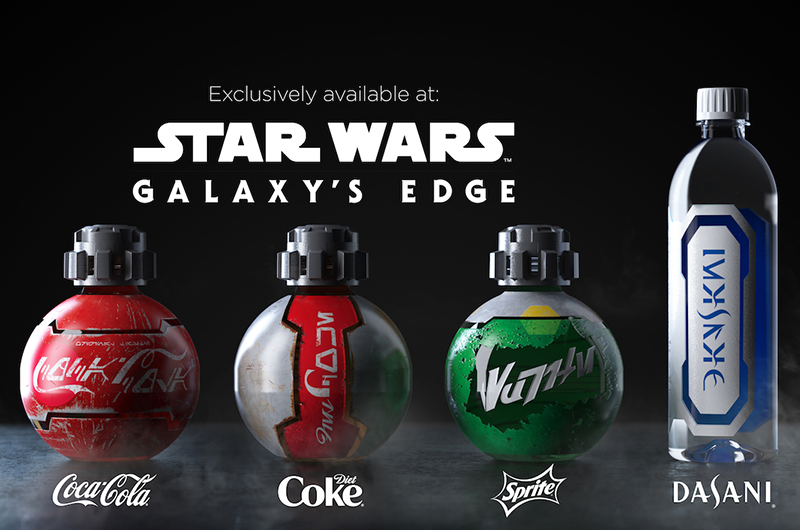 Another souvenir you can take home from the park is the exclusive Star Wars: Galaxy’s Edge-themed Coca-Cola products. The bottles are fashioned in a “rusty” droid-like shape with labels that are written in Aurebesh—the Star Wars language used throughout Galaxy’s Edge. The available flavours for this range are Coca-Cola, Diet Coke, Sprite, and Dasani Water.

RELATED: Catch Marvel’s Ant-Man And The Wasp Hong Kong Disneyland Debut During “Carnivale of Stars”
RELATED: 6 Theme Parks In Asia That You Must Visit With Your Kids

5 Ways to Restyle a Bedroom for Growing Children

Here's Where You Can Snag Cheap CNY Food & Goodies

6 Traditional Treats Made Healthier For The Hari Raya Celebrations

How to Explore The Tampines Heritage Trail