22 Pop Culture-Inspired Names For Your Next Baby

What’s in a name? If you are looking to call your child something unique to reflect how special they are in your heart (or to fully embrace the millennial trend of alternative names), there’s plenty of inspiration to pick from pop culture. Here are 22 unusual names for you to consider! 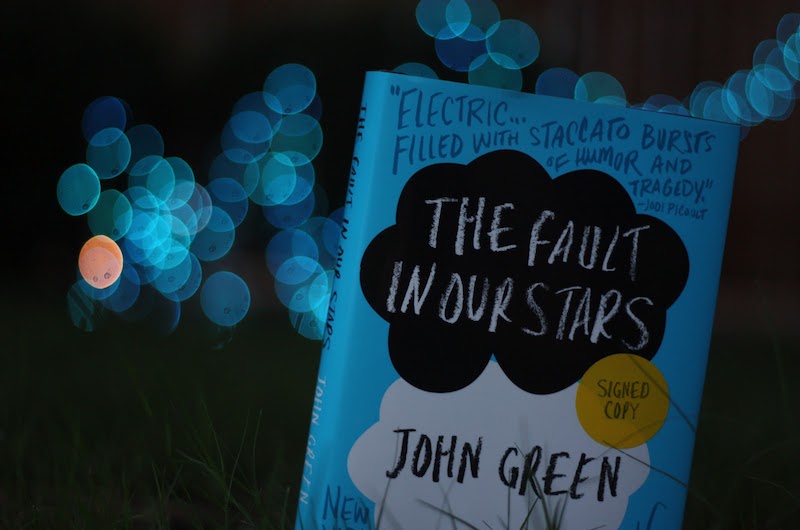 Origins: A masculine name that could mean “majestic” or “venerable”, this is derived from the Latin word augere that means “to increase”. Over the years, variations of the name have surfaced such as August, Austin, and Augusto. This name was given to three kings in Poland, and the adopted son of Julius Caesar who was honoured for his military and political prowess. Give your child this name, and he might just grow up to be just as grand.

Famous Augustus: Augustus Waters (played by Ansel Elgort in The Fault In Our Stars), Augustus Snodgrass (from The Pickwick Papers by Charles Dickens) Origins: “Stormi” is the Old English word for “Storm”. A name referencing one of the most formidable and fantastic natural phenomenon, any child called Stormi will grow up to be fiercely independent and head-strong, with a wild and excitable side. If you need more convincing, Kylie Jenner recently chose this name for her newborn, causing its popularity to skyrocket. The reality star even has a makeup line inspired by the name! 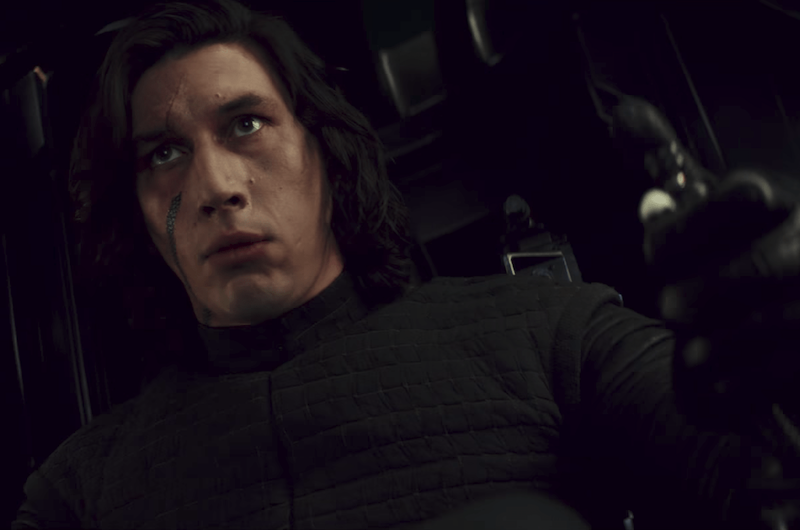 Origins: The name comes from the Latin word “caelo” which means “sky”, perhaps a nod towards the uncle whom he so idolises, Luke Skywalker. If you prefer a more feminine variation for your baby girl, you could always choose Kylie or Kyla. Although the character himself is somewhat of a tragic hero, being lured over to the Dark Side and all, giving your kid this name ties him or her to one of the biggest legacies in film and pop culture! What it means: If you and your partner are classic rock fans, then you’ll want to name your kid after the legendary musician, Mick Jagger. Jagger is the frontman of The Rolling Stones, an iconic band that made a legendary mark on the history of rock and roll. Naming your kid after the multi-instrumentalist, singer-songwriter, composer, and actor, means that they will have a lot to live up to, but might mark the start of their successful future in the arts! Origins: This name is perfect for parents who love nature (and obviously, the beach). The sea holds an almost hypnotic and mystical power, with its unknown depth and million shades of blue. Often linked with adventure and exploration, the word “Ocean” will associate your baby with characteristics such as being brave, free-spirited, and a unique habit of swaying between wild beauty and peaceful clarity. And just like how the ocean waves always comes back to the shore, your little wanderer will always find their way back to you no matter how far they venture. 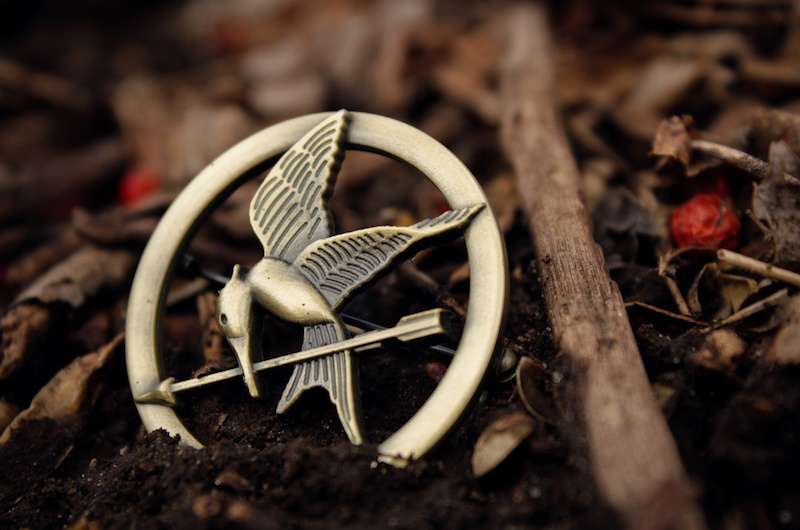 Origins: Peeta can be interpreted as an alternative way of spelling “Peter”. Coined by author Suzanne Collins, the sheer uniqueness and newness of the name Peeta adds to the immersive quality of the fictional dystopian world. Artistic, gentle, kind-hearted, selfless, with an endless capacity to love and protect the ones he cares for – this character possesses many admirable traits that you may wish for your baby boy to have. Origins: In Italian, “nova” is shortened from “nova stella” which means “new star”. A nova is a strong, rapid increase in a star, which suddenly becomes the brightest star in the sky. For parents out there who want your little one to radiate brilliance and beauty, this name should be at the top of your list!

Famous Novas: Nova (played by Linda Harrison and Amiah Miller in Planet of the Apes), Nova Prescott (played by Aimee Teegarden in Prom) Origins: A unisex name derived from the Old English “hara” (hare) and “leah” (woodland), Harley isn’t exactly new on the books. But thanks to the repopularisation of DC’s Suicide Squad super villain Harley Quinn, this gender neutral name has been a great hit with parents. Origins: This literally means “candle-maker”. Children with this name share traits associated with lighted candles such as being spiritual, idealistic, imaginative, and dreamy. Or if you’re someone with a sense of humour, name your baby after the sarcastic and self-deprecatory Chandler Bing from the classic 90s sitcom, Friends! Origins: This Aleut word is a derivative of “aleyska”, which means “that which the sea breaks against”. The titular character in John Green’s Looking for Alaska chose the name because it represented her wanderlust, curiosity, and desire for new adventures.

Famous Alaskas: Alaska Young (from the novel Looking for Alaska by John Green) Origins: This name can be traced back to both German and French roots, which connotes kindness and nobility. Following the German language, Heidi is pronounced “hi-dee”, which can also be a shortened form of Adelaide or Adelheid. The most popular bearer of this name is the fictional character of the popular literature, Heidi, which tells the story of a headstrong young orphan who is sent to live with her grandfather in the Swiss Alps. Calling your daughter Heidi will reflect your wish for her to be just as lion-hearted, strong, and adventurous as her namesake. Origins: If you choose to call your kid Kira, you’ll have many cultural interpretations to choose from. For instance, in Japanese, “kira kira” means “shiny” or “glittery”, which could foretell your child shining in whatever they pursue. Or in Egyptian mythology, where the word “Ki-Ra” means “Ra” – a reference to the major sun god in ancient Egyptian religion. Origins: Made popular by Disney’s Frozen, Kristoff is a Scandinavian variation of the name “Christopher”. Its trendy “K” for “C” substitution and its ties to a beloved animated character is what gives the names its charm. Naming your son after Kristoff lends your kid his goofy yet lovable personality. What’s more, if you get a puppy, you can name it Sven, after his reindeer best friend! Origins: A French name that means “wise one”. Sage herbs are a type of plant that possess special healing and cleansing properties. Having this short and sweet name, your baby girl (or boy) will be blessed with wisdom, gentleness, and purity. Origins: In Irish Gaelic, Troightheach or “troy” means “foot soldier”. This could be an option for parents who want their child to be brave, resilient, and honourable. Troy is also the name of an ancient Greek city. Adding an “e” at the end gives your baby’s name a unique twist, making it even quirkier. Origins: A name that is fast gaining traction, Arya rose to popularity with the release of the HBO series Game of Thrones – a show based on a fantasy book series written by George. R. R. Martin. A leading female character who goes through immense struggle and suffering, Arya learns to survive on her own and dreams of being a sword-fighter instead of a noble lady married off to a rich lord. Her inspirational character development from a stubborn, naive kid to a courageous and fierce young lady makes it a great option. Origins: This particular one will speak to lovers of literature. A philosophical fiction by the classic Oscar Wilde, the name Dorian recalls the story of a handsome young man who sells his soul to remain forever young and beautiful, while his portrait ages and absorbs his sins. Although this is a rather dark storyline, Dorian still remains a timeless name that will bless your child with beauty and associate him with a legendary work of literature. Other interpretations include “Doros” (a Greek hero who was the son of Hellen and Sparta) or “Dorios” which means “child of the sea”. Origins: Kol is a Dutch name that can be traced all the way back to the Vikings. It translates into “coal” as in the colour black. Giving your little bad boy this name may say a lot about his occasional naughty streaks, but could also build towards a stoic and strong character. Origins: Kestrels are birds of prey and are part of the Falcon family. This is a good unisex name to pick if you wish for your little one to grow up be intelligent and sharp, with a connection to an active lifestyle and love for nature.

Famous Kestrel: Kestrel Redfern (from the novel Daughters of Darkness by L.J. Smith) Origins: Literally, Harper refers to a harp player, giving the name graceful and gentle connotations. It also happens to be a common Scottish family name that has been adopted by Americans as a pretty first name. Origins: Ivy plants are known for being able to grow on virtually any given surface, no matter how rough or high it is (such as the walls of buildings or fences). Hence, naming your daughter this would mean that you wish for her to be able to grow up to be strong enough to surpass or climb over any obstacle life throws at her. Apart from being the name of a plant, it is also the name of the legendary Queen B’s daughter, so you can expect this name to turn many heads. Origins: Silas is a Latin baby name (pronounced “sigh-luhs”) that means “of the forest”. The name also has biblical connotations as Silas was said to be a missionary companion of Paul and Timothy. The name beckons you to get creative (but not too creative) with its variations such as Sylvanus and Sylas.

4 Tips for Sex During Third Trimester

Things You Should Know Before Throwing A Baby Shower

What to Do During Your First Trimester

Here’s Why You Need To Take Preeclampsia Seriously

Sex During Pregnancy: Why It's Absolutely OK!

8 Facts You Should Know About IVF