Think your child has what it takes to be a tech whiz? With all the advantages that emerge from being knowledgeable about technology, it’s a good idea to get your kids acquainted with tech early on. One area kids can explore is coding—basically where and how technology is created. Learning coding not only improves your child’s Math and analytical skills, but also gives him or her a valuable tool in life. And furthermore, create cool apps and programmes!

Not convinced yet? Read on to find out why parents choose Coding Lab® as a seedbed to develop their children’s technological prowess. 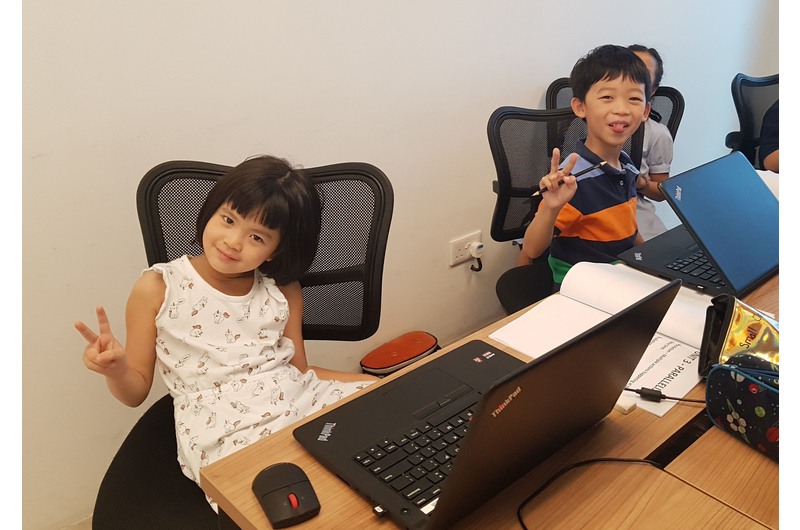 Thoughtfully conceived by the founder, Foo Yong Ning—a Massachusetts Institute of Technology (MIT) graduate and former Silicon Valley technocrat—Coding Lab®’s MIT-inspired curriculum places a strong emphasis on inquiry-based learning to foster initiative and critical thinking. From Scratch to Young Computer Scientists and Python, all their courses seeks to integrate coding with MOE school subjects and in an enjoyable and novel manner. Hear it from their students instead: Dylan, 11, remarks, “I find coding very systematic in approach and very challenging to the mind. In a way, it is similar to solving math problems. I find that it does in some ways help me in solving math problems at school.”

In addition, Coding Lab®’s curriculum is led and designed by a global team of technology advisors from the US and Japan, keeping their classes relevant and fun-packed with cutting-edge themes and discoveries. 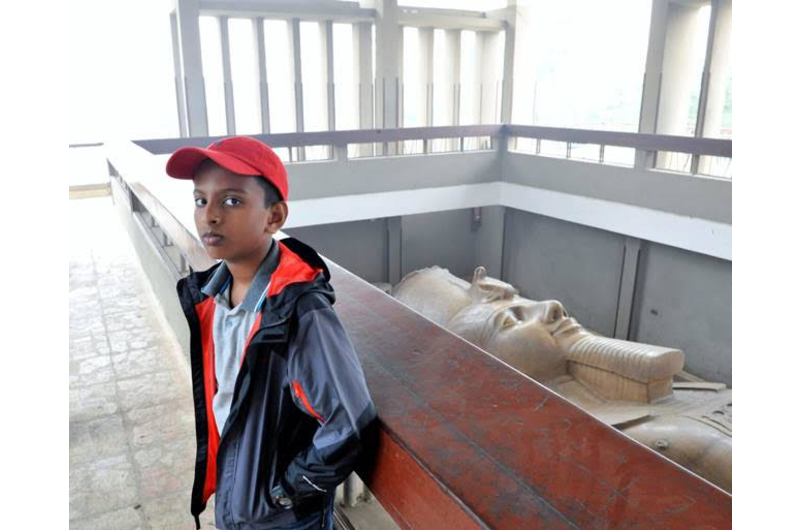 Complementing Coding Lab®’s solid curriculum is their carefully handpicked team of tutors: chosen for both their technological expertise and passion to teach.

Rest assured your child is in good hands, for their instructors are all enthusiastic, patient, and caring. They have small class sizes with a snug teacher-student ratio of 1:8 to ensure maximum engagement and attention for each and every student. And as such, students do not have to fear approaching their friendly instructors for help in the classroom.

One of Coding Lab®’s students, Surya, 14, thanks his mentor Ms Mona for her invaluable guidance in the making of his very own algorithm stock rater. “She helped in almost every way possible…how to use sentiment analysis on tweets and news articles, which was indispensable for my project. A lot of the code that I ended up using in my program was partially borrowed from what she wrote, including the names of the variables. She was always ready and willing to help whenever I faced a problem, such as debugging long-winded or inefficient code, my occasionally-shaky understanding of the material covered in the workshop—I deeply appreciate her constant support. Lastly, since I was unable to get approval as a Twitter developer in time for the workshop, I ended up using her authorization keys in order to access developer features in Twitter—a pre-requisite for the project.” 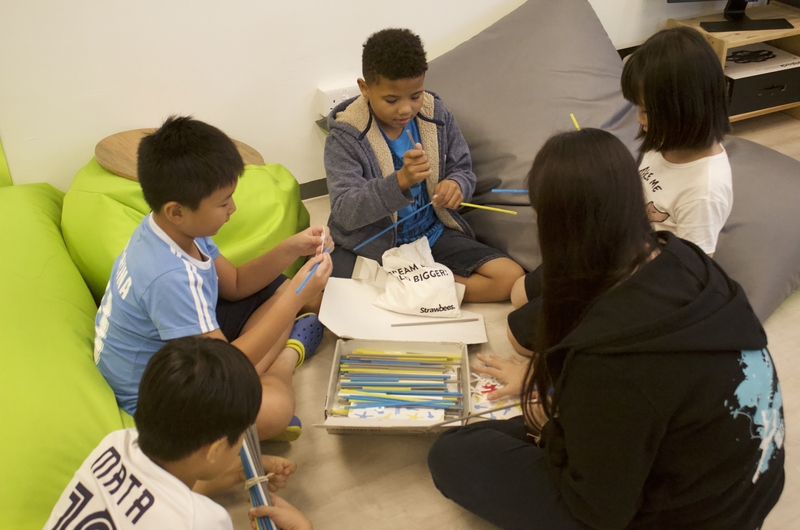 At Coding Lab®, there is never a dull moment—excitement and laughter fill the air. Their classes are immersive and engaging so your child can have fun while learning. They don’t merely teach students with just a board and a pen, hoping they would learn the basics. Instead, students will expect to immerse themselves with hands-on experiential learning. Tinker with hardware like the micro:bit and other gadgets such as the mBot, Makey Makey, and more! They also get to create their own games and apps using well-known platforms such as Scratch, MIT App Inventor, and Python—that’s creativity, problem solving, and a host of other skills unlocked! Besides, during their breaks away from the screen, students also get to engage themselves in tech-related board games at the centre’s play area outside the classroom. 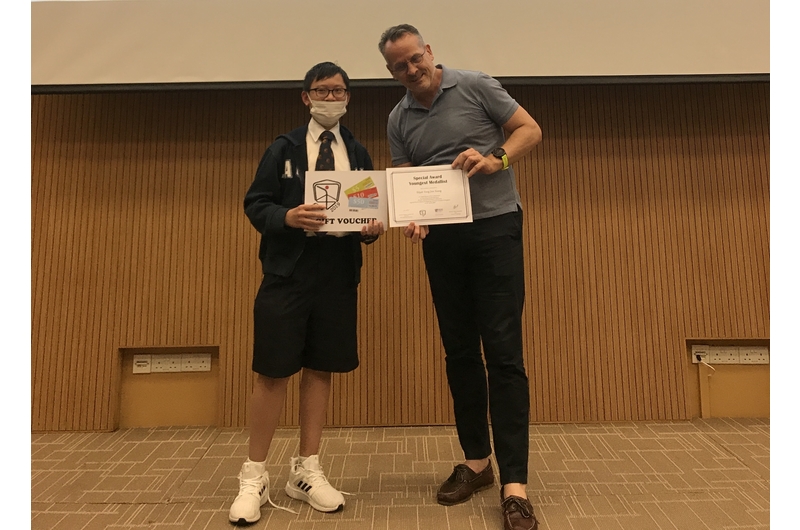 Coding is often assumed to be a complicated activity such that perhaps most adults don’t go anywhere near it. Henceforth, while a child may show initial interest, it’s not uncommon for them to falter at the first sign of difficulty.

However, not to fear—at Coding Lab®, complex concepts are broken down into comprehensible bite-sized pieces, and learning is taken one step at a time with age-appropriate exercises that nurture and challenge students at each level, from ages 4-18.

Regardless the level your child is in, there’s a suitable course for every age: Preschool (ages 4-6), Lower Primary (ages 7-9), Upper Primary (ages 10-12), as well as Secondary and Junior College (13-18). Furthermore, there are also special programmes such as Introduction to Data Analytics, National Olympiad in Informatics (NOI) Preparation, and so on.

The classes are of a progressive nature, featuring greater complexity and depth in skills taught as students complete each course. After mastering the basics, students are encouraged to research and pursue further interests under the guidance of their teachers. These specialisations are diverse and varied—from complex app creation and hardware based learning, to applied subjects taught in school such as Physics and Biology. 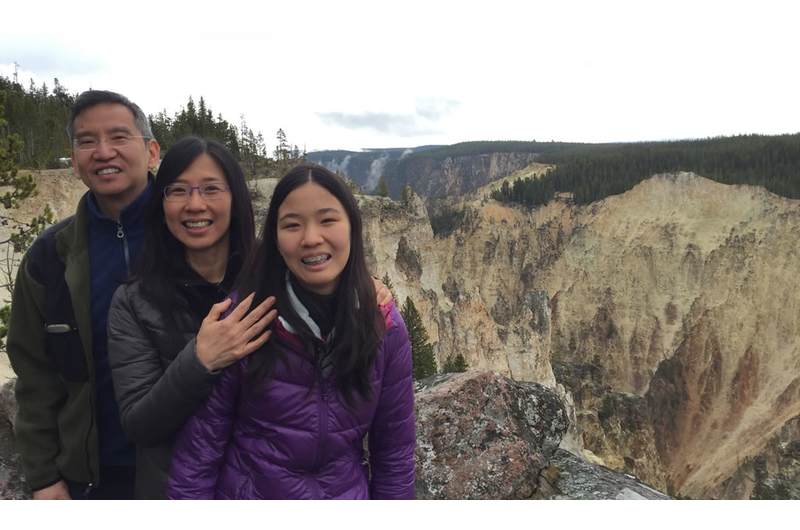 One simple click of their website and you’ll see the multiple accolades Coding Lab® has received. Likewise, their students are similarly geared up for triumph, having won medals at theNational Olympiad in Informatics (including the Youngest NOI Medallist for 2019), emerged as champions at the Inter-School Robotics Competition, entered the school of their choice via the Direct School Admissions (DSA) exercise, and secured stellar grades for their IB and GCE ‘O’ and ‘A’ Level examinations.

One of their exemplary students, Sarah, received an Honourable Mention at the NOI, just 6 months after she had started classes at Coding Lab®. She recounts that “just thinking about [how coding can be used for modelling and organising real-world information] makes her excited.”

Coding Lab® has also been featured on various mass media, from Forbes and The Straits Times to Capital 98.5FM Radio, as well as magazines such as Sassymama Singapore. They have worked closely with many schools, businesses and organizations to bring coding to kids, including the Infocomm Media Development Authority (IMDA), National Library Board, and Brands Singapore.

How To Choose A Tuition Teacher?

Are You Raising A Whole-Brain Child?

How You Can Help Your Child Excel In School And Life

10 Tips To Help Prepare Your Child For PSLE English

Tips To Give Your Underperforming Child A Boost