Airports are your first taste of a new destination. Whether it’s your first time travelling to a specific place or not, airports have hidden gems that give you a glimpse of the country. As one of the world’s best airports, Changi is more than just a gateway to Singapore, it’s also home to some of the country’s oldest, most treasured spots—like Swensen’s.

Swensen’s opened in Changi Airport in 1981. It first captured the hearts of ice cream lovers and later on became a well-loved brand for its welcoming dining experience and delightful dishes. Wondering what else can this airport restaurant offer for your family? Check this out. 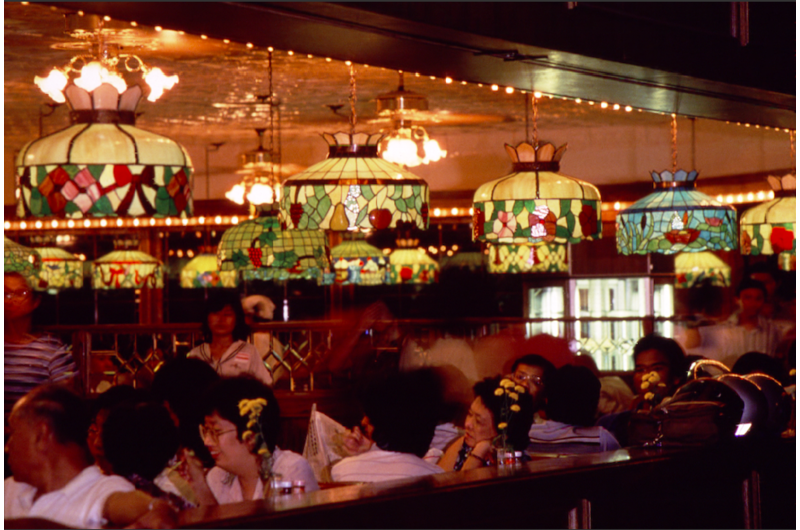 Imagine traveling with a bunch of kids who might be a little impatient for their flight. Swensen’s gives your family the comfort you need while waiting at the airport. It has amenities like baby chairs, booster seats, and child-friendly tableware. Its Terminal 2 outlet is a central spot for a day of activities for those who have a long day to spare at Changi: from the Viewing Gallery at T2 where kids can enjoy watching planes come and go, to other attractions such as the Slide at Terminal 3 and Kinetic Train at Terminal 1, all easily accessible via Skytrain. Other accessible attractions are the newly-opened ST3PS, Kinetic Rain at T1, and Petalclouds at T4.

Aside from the sumptuous meal, kids will be mesmerised with the restaurant’s interior that exudes a vibe of an old-fashioned American diner, with colourful tiffany lamps and a seating area modelled after vintage trams—definitely one for the ‘gram!

Swensen’s has evolved alongside Changi, with its first door opening in T1 almost 40 years ago. Over the years, it has become a place where travellers from all walks of life come in, stop by for a meal, and look forward to their journey ahead. Some of the staff at Swensen’s have also been with the restaurant since the beginning, witnessing stories that this restaurant has been a home to.

One of these is a story about a family from Indonesia whose father was diagnosed with cancer. Ms Lai Ing Err, who has been an Area Manager with Swensen’s for 25 years, shares this: “The head of the family was cancer-stricken, and often travelled to Singapore with his family for treatment. They always drop by the restaurant without fail. Over time, the service team formed a close relationship with the family, and we were very fortunate to be able to be of service to them.”

Due to the family’s strict dietary restrictions, Swensen’s would prepare dishes that specifically catered to their needs and up until today, they would dine at the restaurant even if their father is no longer around. “The whole team worked together in order to deliver an unforgettable experience each time, and we were often humbled by the family’s heart-warming feedback about the food, environment, and the service we rendered,” she said.

Did you just tear up?

#3 It’s yet another gateway to Jewel Changi Airport

The newly opened Jewel Changi Airport provides travelling families even more reasons to love Singapore’s airport. It’s yet another iconic stop and with Swensen’s sister restaurant, Earle Swensen’s, you get to spend time in nature while the whole family enjoys a meal with a view of the majestic Rain Vortex.

#4 Dining at Swensen’s comes with rewards

If you’re a Changi Rewards member, you get to earn points and complimentary parking every time you dine at Swensen’s outlets. This makes your every trip and every visit even more worth it. You can also enjoy GST absorption when you shop in partner retail outlets. 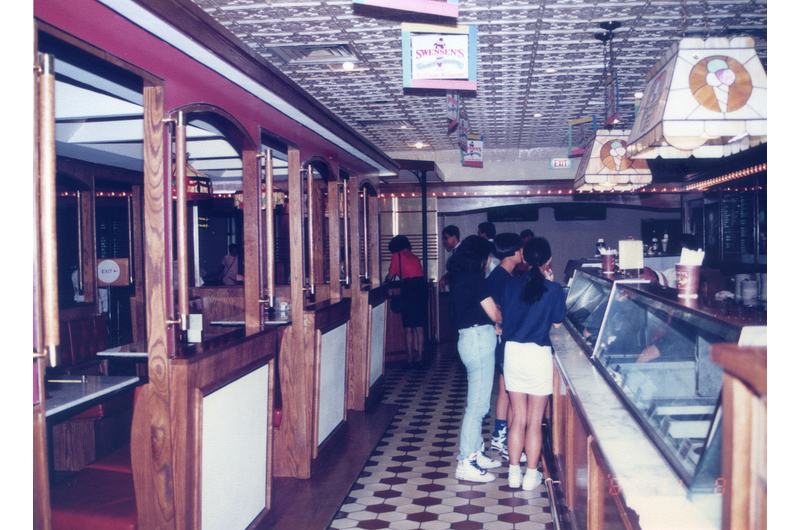 #5 Its menu keeps up with the changing times

Despite being a household name already, Swensen’s does not rest on its laurels. It continuously revamps its food offering to cater to the changing palates of both local and international travellers. Once known as the “world’s largest Swensen’s ice cream restaurant,” Changi Airport’s Swensen’s outlet has evolved into a place offering various dishes—from the classic pizza and pasta to well-loved local dishes that will surely satisfy your family’s cravings. It also serves Halal-certified meals, making it an inclusive place to dine in.

Swensen’s T2 outlet prime location is easily accessible via the T2 Departure and Arrival Halls. It’s just a few blocks away from Changi Airport MRT station, which makes it easier for those coming via public transport. It is open 24 hours, seven days a week so you don’t have to worry about staying at the airport anytime. Swensen’s is always open to welcome any traveller, from wherever they may be.

Cute Cafes to Explore With The Kids

Sweet Treats To Give For Valentine's Day

5 Simple At Home Workouts For The Busy Mom

6 Tips For Women Who Want To Start A Business

5 Restaurants Where Kids Can Eat For Free

Find Your Next Twinning OOTD From These Online Shops

4 Ways to Childproof your Home